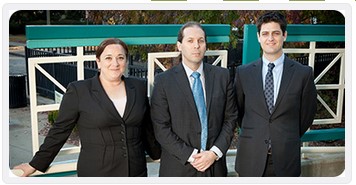 If you’ve been charged with a crime, you are at a crossroad. One path leads to prison time, large fines and a lifetime of social scrutiny; the other offers a chance at freedom. The choice is clear: you need The Cohen Law Firm.Located in Atlanta, Georgia, The Cohen Law Firm provides strong, dedicated criminal defense to individuals facing everything from drug offenses and gun crimes to violent crimes such as murder.

Attorneys Andy Cohen and Jill Polster are experienced, aggressive criminal defense lawyers. Polster, a former prosecutor, and Cohen, a career defense attorney, met trying a murder case against each other. They have extensive experience trying everything from misdemeanor drug cases to even the most complicated high-profile capital crimes. This experience gives the firm special insight into the inner workings of the state’s criminal justice system. We have the experience to anticipate the prosecution’s every move and to proactively develop a winning defense strategy.

Our years of criminal defense experience paired with prosecutorial experience means there is no case our attorneys haven’t encountered and no case our firm can’t handle.

At The Cohen Law Firm, we understand the fear and stress caused by a criminal charge. Our attorneys personally invest their time, attention and resources to get our clients the most favorable result possible. We do everything in our power to help our clients defeat their criminal charges.

At The Cohen Law Firm, we fight for your rights, your freedom and your future. Our attorneys have a reputation for being fierce trial attorneys. Prosecutors throughout the state know we aren’t afraid of a courtroom battle and will do whatever is necessary to protect our clients.

Because we are known as lawyers eager to take our clients’ cases to trial, we are often able to highlight weaknesses in the state’s case and use those weaknesses to negotiate the most favorable plea terms possible. While we always consider beneficial plea agreements, we will not compromise our clients’ rights for an “easy deal.” If a plea bargain is not in your best interests, we will go to trial to protect your rights.

If You Have Questions, We Have Answers

At The Cohen Law Firm, we know criminal charges aren’t confined to the 9-to-5. Our attorneys are available to help you when you need it most. If you have been charged with a crime, contact us for a free consultation. Our experienced legal team will answer your most pressing questions. 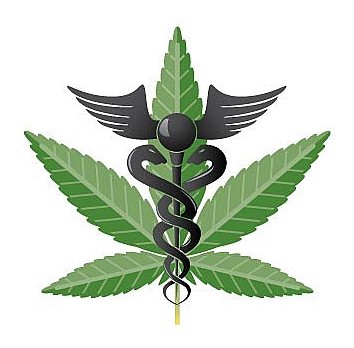 Terry Altier is spending what he tells us will be the final days of his life in his Soperton home, but he may soon have to spend them in jail for growing medical marijuana.

“I live with two thirds of my body in severe nerve pain,” Altier said.

Altier told me, his doctors have diagnosed him with a degenerative nerve disorder and spinal injury, and says he hasn’t been given long to live.

“They discovered my body could not tolerate the strong narcotics of morphine…and a whole myriad of other very strong opiates,” he said.

So he showed us prescription bottles for a medicine called Marinol, a legal form of synthetic THC for his pain.

“The name brand is $3700 for a month prescription. For the generic which they came out with probably about eight years ago…it’s $900,” he said.

But after Altier’s partner died, the pills became difficult to afford, so he planted seven marijuana plants on his property and used them to help curb his pain.

The Truetlen County Sheriff’s Office discovered the plants and arrested Altier. He was convicted of marijuana charges and could be sentenced Tuesday to four years in jail.

“There’s a man who could not afford the medication that was prescribed to him, so he’s growing it himself to do what the medication would otherwise do and that makes it a felony,” said Jonathan Morrison, who is representing Altier.

Altier’s neighbor and caregiver Henry Herndon says if he gets the maximum sentence he doesn’t think he’ll survive.

“For as sick as he is to give him four years in prison — that would kill him,” Herndon said.

If Altier doesn’t get the maximum sentence he says he plans to move as soon as possible.

We reached out to Sheriff Thomas Corbin.

He referred questions on the case to Craig Fraser, the county’s district attorney. Fraser did not return our phone calls.

Personally speaking, I believe all drugs should be legal. People should have the right to do with their bodies what they choose, so long as it does not interfere with the liberties and freedoms of those around them.

It is a misconception that if drugs were legal, use would increase. On the contrary. It simply means that it would put a financial dent in the prison industrial complex. There would be fewer deaths over drug related crimes and the illicit drug trade would grind to a halt.

However, realistically speaking, it is not likely all drugs will be made legal. That being said, to continue the asinine policy of keeping medical hemp out reach for the ill is unconscionable. Those truly in the know realize it is merely to protect the wealth of drug manufacturers and impose the high horse morality of the Christian Right and their sense of righteousness upon others. Corporate greed over American Welfare must cease and individual Liberty must become paramount as it once was.

Also, hemp has a hundred and two uses, but I won’t go into that here. Suffice it to say, anything that competes cheaply is often opposed by big industry. Can you say pulp wood industry? Lastly, if we do nothing else, the war on Blacks and other minorities (formerly called War on Drugs) must be put to rest.

Blacks, comprising 12% of the population account for 38% of the drug related arrests, 59% of those in state prison for a drug offense and make up more than 40% of our prison population.

That in itself is insidious to say the least. The only people victimized by this policy are Blacks, other minorities and poor Whites. No one should ever be sent to prison or have their lives ruined over what they put in their bodies or for addictive behavior. The rich aren’t. If Congress can have their booze, let the rest have their weed.