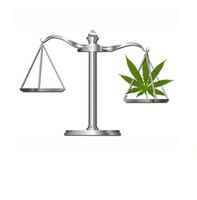 Marietta GA: Georgia criminal defense attorney David Shepherd West is headed to Georgia Supreme Court over a case involving the cultivation of 190 marijuana plants in the basement of his client’s home.

According to West, the case originated from a single car accident in Cobb County where a driver crashed in front of the house of West’s client, Sheldon Mitchell. The police came to the scene gathering the driver’s information and then the drive disappeared.

Though he had committed no crime other than crashing his car, they decided to launch a full scale search with dogs of adjacent properties, even though they had the drivers address a mile away.

Two hours into the search they decided to call it off when, according to police, they heard a branch break in the woods behind Mr. Mitchell’s house 450 feet from the road through heavy woods.

At 1:30 a.m. they then went down Mitchell’s driveway and proceeded to search around his house allegedly because they believed they had “exigent emergency circumstances” to do so.

As they went around the side of the house the dog “pulled away” to Mitchell’s basement door and alerted. They made contact with Mitchell who was mad that police had come on his property with dogs and he refused consent to search. They got a search warrant and found Mitchell was growing marijuana in his basement.

Police had no prior history with Mitchell and had no intelligence that he was growing marijuana.

Attorney David West filed a motion in the Superior Court of Cobb County (Mitchell vs. State of Georgia – A13A1393) alleging the search of his client’s property two hours after a single car accident for a person who was not dangerous and whose address they possessed – at 1:30 in the morning- was an illegal search of a persons property and posed an unnecessary danger to his client and the officers who could have been suspected as intruders. West also argued – allowing police to walk around homes with drug dogs was a clear violation of everyone’s 4th Amendment rights.

Judge Adele Grubbs disagreed and believed the police acted properly and convicted Mitchell and sentenced him to five years in prison. West immediately appealed his client’s conviction and requested the judge to let his client stay out pending appeal. She refused and he went into custody.

The case went to the Georgia Court of Appeals and in a unanimous decision they ruled the search was NOT legal, violated his clients right to be free from unreasonable searches and that the use of dogs around people’s homes under these types of circumstances was wholly illegal. Mitchell’s conviction was thrown out.

West received notice days ago that the state is appealing this decision to the Supreme Court of Georgia and are asking them to rule that police acted properly.

“They will get the final say on what police intrusion is allowed on all our properties. Hope they uphold the right decision”, said West.