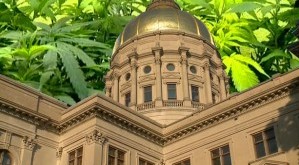 Georgia House Bill 722 was intended to move Georgia forward with in-state cultivation of medical cannabis for extracts. Instead, the house committee stripped the provision for in-state grow and added language defining cannabis DUI. Some additional medical conditions were added. But Georgia patients still have no legal source for the medicine, even if they qualify.

The bill passed out of the house committee and has been assigned to the Senate Health and Human Services Committee chaired by Sen. Renee Unterman. Unterman has been less than supportive of medical cannabis and has used the issue for her personal political agendas.

What do we do? Support the bill as written? Reject it and demand in-state grow? Should the DUI provision be removed from this bill and debated as a separate issue?