Reformers in Georgia have been lobbying for marijuana law reform for decades. But only in the past two years have activists seen a change in public attitude and growing support from lawmakers.

Georgia C.A.R.E. Project is busy building grassroots support and educating the public on the need for policy reform. With the help of position papers and face to face conversations, lawmakers have a better grasp of the issue and are seeking more information. In January 2014, a poll commissioned by Peachtree N.O.R.M.L. of 800 likely Georgia voters showed 62% support decriminalization.

Reformers got a huge boost in 2014 when State Representative Allen Peake (R-Macon) unexpectedly took up the issue of medicinal cannabis and filed House Bill 885, a limited use bill that focused on CBD oil (Cannabidiol) for patients with epilepsy. The billed died on the final day of the session after Sen. Renee Unterman (R- Buford) attached HB-885 to another bill dealing with autism and insurance coverage. The bill (885) had been stripped down and only offered “immunity from prosecution”. The bill’s failure was a shock to political pundits and players due to the overwhelming support from the General Assembly.

With the session ended and no cannabis bill to consider, Gov. Nathan Deal ( R ) seized the opportunity during an election year to keep the issue rolling by announcing a partnership with GW Pharmaceutical to conduct limited trials on a CBD product called Epidiolex. Gov. Nathan Deal, Georgia Regents University and GW Pharmaceuticals signed a “memorandum of understanding” which could allow GRU in the company’s (GWP) clinical trials of a cannabidiol oil. It is estimated that the limited trials may cost taxpayers $8 million per year to conduct the studies.

A last minute resolution was added during the session establishing a joint study committee on medical cannabis. The hearings took place in Atlanta, Macon, Augusta and Gwinnett County. Various stakeholders were invited to testify including Georgia C.A.R.E director James Bell who spoke at the first hearing at the state capitol in September. Activists, patients, law enforcement, medical & business professionals were given time to speak. After a final hearing under the gold dome the committee disbanded without making a formal recommendation. This may have been due to the fact that committee member Sen. Curt Thompson pre-filed a medical cannabis bill (SB-7) considered to be comprehensive, broader and includes whole plant medicine and personal cultivation. 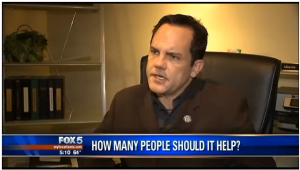 Sen. Thompson also filed a resolution calling for a constitutional amendment (SB-6) to be voted on by the public. These bills have changed the direction of the marijuana law reform debate in Georgia.

On November 17, 20014 Rep. Allen Peake was first in line to pre-filed House Bill 1 for the 2015 session. The bill was filed as a placeholder for the HB-1 designation. Peake has not filed the details of HB-1. Peake hopes to have the draft ready by the start of the legislative session which begins January 12. He is promising a bill with an expanded list of medical conditions – no whole plant medicine or smoking of the cannabis flowers – the issue of allowing vaporization is still begin debated. The arbitrary number of 3 to 5 percent THC is being considered – No indication if the percentage is applicable to the plant content and/or prepared compounds.

Let’s take a look at the bills:

House Bill – 1: Filed by Rep. Allen Peake – A BILL to be entitled “Haleigh’s Hope Act” to amend Chapter 34 of Title 43 -121 of the Official Code of Georgia Annotated.

This bill amends the original medical marijuana act (Controlled Substance Therapeutic Research Act) that allowed a smokable form of cannabis for cancer treatment therapy (nausea / appetite stimulant) and eye pressure reduction for patients with glaucoma. Details of the bill have not been filed or released. Release is expected by January 12, 2015, the start of the session. www.legis.ga.gov/Legislation/en-US/display/20152016/HB/1

Our Recommendation: Watch – We will continue to watch the progress of this bill and will offer a summary. We can not make a recommendation of support or opposition until the bill has been filed.

SB-7, would allow doctors to “prescribe” (recommend) marijuana of up to two ounces for specific debilitating medical conditions, including cancer, glaucoma, HIV/AIDS, hepatitis C, ALS, Chrone’s Disease, Alzheimer’s and the chronic or debilitating condition that cause Cachexia (wasting syndrome), severe and chronic pain, severe nausea, and seizures/muscle spasms from epilepsy or multiple sclerosis.
SB -7 also includes a number of common-sense limitations and guardrails for dispensing the drug. Marijuana, like any other prescription drug, would be regulated. The bill would allow for whole plant and compound extracts. http://www.legis.ga.gov/Legislation/en-US/display/20152016/SB/7

Our Recommendation: Support – We support legislation that allows whole plant medicine, cultivation, smoking and other appropriate delivery methods for a broad list of medical conditions. We believe SB-7 will establish the best approach to providing cannabis to those in need in a manor that enhances public safety.

Senate Resolution- 6: Filed by Sen. Curt Thompson – A RESOLUTION proposing an amendment to the Constitution of the State of Georgia so as to authorize the General Assembly to provide by law for the legalization and regulation of marijuana; to permit persons 21 years of age or older to purchase limited amounts of marijuana for personal use; to provide that the fees and tax proceeds from the sale of such marijuana be dedicated equally between education and transportation infrastructure purposes; to provide that such funds shall not lapse; to provide for submission of this amendment for ratification or rejection;

This resolution would call a vote by Georgia voters (YES or NO) to amended the state constitution to allow the legalization of marijuana (cannabis) for personal use, commerce and taxation. http://www.legis.ga.gov/Legislation/en-US/display/20152016/SR/6

Our Recommendation: Support – We believe citizens (21+) have the right to possess and use marijuana in a responsible manor without interference from our government. Marijuana is not a crime and responsible citizens should not be treated as criminals. 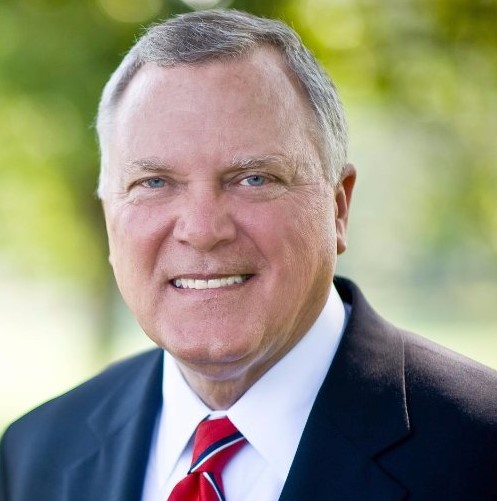 Atlanta GA: The headline screamed “Gov Deal Supports New Medical Marijuana Bill”. What it did not say was this “new bill” essentially killed any efforts to get legal cannabis medicine to the people of Georgia. House Bill 1, sponsored by Rep Allen Peake (R) is DEAD!

“They have pulled the wool over our eyes and pulled the rug out from under the citizens of Georgia that support medical marijuana”, said James Bell director of Georgia C.A.R.E. Project. “They have betrayed the will and desire of the people of Georgia with their political shenanigans.”

Until last Friday (Jan. 9), advocates were being told by Rep. Allen Peake that medical marijuana was on track for the 2015 legislative session. But Deal and Peake has agreed upon a back room deal undermining the efforts.

Instead of a bill allowing for cannabis cultivation and formulation of cannabis extracts in-state, the new version according to Peake and Deal would offer some form of “immunity” from prosecution for certain people able to smuggle the CBD/THC extracts from other states. This was revealed Friday in controlled public relations event staged in the governors office with a reporter from WSB TV news.

“Disappointment does not describe our feeling in this matter”, said James Bell. “The least we expected was a fair hearing on HB-1 during the session. Instead, Allen Peake gave into the demands of Gov. Deal and left the sick children to deal with their medical conditions on their own. Lawmakers look to states like Colorado for the answer but refuse to implement a similar policy.”

According to Bell, Allen Peake is setting up patients to violate federal and other state’s laws concerning possessing and transporting a controlled substance across state lines. Patients and parents would essentially become drug smugglers and only certain people would be immune from prosecution.

“We know the general assembly supports medical cannabis, we know the public overwhelmingly supports it, so why did Allen Peake cave into the demands of the governor? POLITICS !”