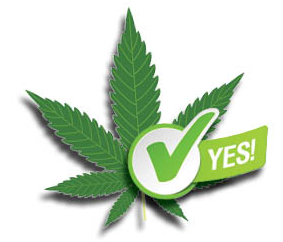 We were there on the first day of session and have continued to be present and want to bring you up to date on these pieces of legislation.

Rep. Allen Peake filed House Resolution 36 proposing a Constitutional amendment allowing the public to vote YES or NO on the in-state production and sale of “cannabis medicine” with tax revenue being dedicated to “drug treatment programs” within the state.

The short two page resolution has six initial signors. The summary of the resolution is as follows:

If the resolution passes in the 2017 or 2018 legislative session, the proposed vote would take place in the November 2018 General Election and will look like this:

Rep. Peake also filed House Bill 65 which would amend the current “Low THC Oil” law established by HB-1 in 2015. The bill eliminates the requirement that a disease be “severe” and “end stage” and includes additional medical conditions for which cannabis oil can legally be used.

The proposed additional conditions currently include the list below. This list could change if the bill is amended in the process.

The bill also removes the one year residency requirement for registry of patients and the requirement for doctors to file quarterly reports on patients using the cannabis oil. Both of these represent intentionally restrictive elements to the existing law.

The summary of the bill reads:

“To amend Code Section 31-2A-18 of the Official Code of Georgia Annotated, relating to the establishment of the Low THC Oil Patient Registry, definitions, purpose, registration cards, quarterly reports, and waiver forms, so as to change provisions relating to conditions and eligibility; to provide a definition; to remove certain reporting requirements; to provide for related matters; to repeal conflicting laws; and for other purposes.”

Senate Bill 16 filed by Senator Watson of the 1st, Senator Unterman of the 45th, and others, reduces the allowed THC in cannabis oil from 5% to 3%. It also adds Autism spectrum disorder to the list of legally treatable conditions.

“To amend Article 8 of Chapter 12 of Title 16 and Code Section 31- 2A-18 of the Official Code of Georgia Annotated, relating to the regulation of low THC oil and the establishment of the Low THC Oil Patient Registry, definitions, purpose, registration cards, quarterly reports, and waiver forms, respectively, so as to change the definition of low THC oil; to change provisions relating to conditions eligible for use of low THC oil; to provide for related matters; to repeal conflicting laws; and for other purposes.”

Georgia CARE Project is currently reviewing the legislation and will offer our position in the near future.

We anticipate at least one to two additional bills being filed in the coming weeks and we will look forward to updating you on that as soon as it becomes official.

We plan to continue working at the Capitol to communicate to lawmakers that Georgians are ready for reform and that we want to see more compassionate treatment options for patients, caretakers, and doctors alike.