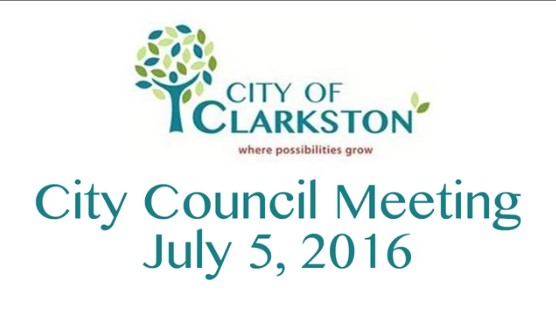 Georgia C.A.R.E. would like to thank the City of Clarkston for passing a no arrest ordinance for possession of one ounce or less of marijuana (cannabis). The new ordinance allows for a $75 fine.

From the ordinance: City of Clarkston law enforcement officers are hereby encouraged by the City Council to issue citations for violation of City Code to individuals possessing one ounce or less of marijuana rather than arresting such individuals, when possession of marijuana is the sole non-traffic offense by the individual observed by the officer.

This move makes Clarkston the first city in Georgia to “decriminalize” cannabis possession. Many counties and city have enacted local marijuana ordinances but they all allow for confinement of up to 6 months.

James Bell director of Georgia C.A.R.E. Project said he is happy to see this city take a lead role in acknowledging the harm marijuana laws have on citizens.

“We are proud to have participated in this reform. This ordinance will have a ripple effect across the state of Georgia”, Bell said. “We plan to take this issue to the cities with a project called “City by City Initiative”. We know that a majority of the people of Georgia support some type of reform and no longer want to see people put in jail or prison for cannabis.”

Georgia C.A.R.E. affiliate Athens C.A.R.E., a student led organization, has been engaged in Athens to educate the local lawmakers about the harm of prohibition. 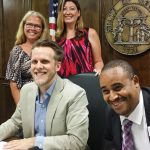 Clarkston City Mayor Edward Terry said he was happy to announce that the amendment lowered the standard fine amount.

“In order to be a leader you have to go first, so Clarkston is going first,” he said. “We will be the first city to set a minimum fine for possession of one once of marijuana.”

With the new rules, a person who possessed one ounce or less of the drug would only receive a fine of $75 with no arrest. Clarkston’s desire for less stringent marijuana laws has been well-documented. Many city council members have been vocal about changing the laws surrounding the drugs.

Councilman Dean Moore told 11Alive’s Jeremy Campbell in April that he believed being arrested for possession of less than an ounce of marijuana would be damaging.