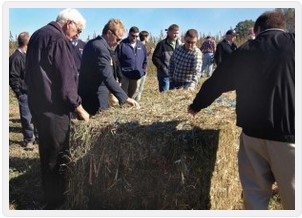 Legislation is being proposed by Georgia CARE to allow for hemp cultivation in Georgia under new rules set forth by the US Farm Bill.

This crop is now being touted for its use in automotive manufacturing, clothing, food and a multitude of other uses, including horse bedding. Brannon said the crop is 400 percent absorbent as a bedding product, easily topping other materials.

“I saw an issue of Popular Mechanics from 1937 that was declaring hemp as ‘America’s new billion-dollar crop,’” said Dr. Tony Brannon, dean of the MSU Hutson School of Agriculture that participated in a pilot program made possible by both the office of Kentucky Agriculture Commissioner James Comer and Congress’ passage of the latest farm bill. Industrial hemp was declared illegal shortly after that story appeared, as it began being linked to narcotics use, as more recent findings indicate, perhaps unfairly.

“This is a big day for bio-energy and for biomass here at Murray State,” he said. “We have had a lot of cooperation on this endeavor. Murray State was the site of the first legal hemp planting since World War II and this truly marks a milestone.” 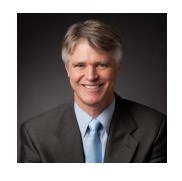 From Peachtree NORML: The 2014 Georgia gubernatorial election will take place on November 4, 2014. Though there has been much talk and coverage about the Republican candidate Nathan Deal and the Democratic candidate Jason Carter, there has been little reference to the Libertarian candidate Andrew Hunt.

“I am putting forth a broad medical marijuana bill as well as allowance of industrial hemp,” Hunt said. “If a bill decriminalizing [marijuana] does pass, I will gladly sign it.”

“Texas closed three prisons and reduced crime rates at the same time,” Hunt said, “The punishment for victimless crimes should be just fines, and I will move in this direction as much as possible. I hope to show a majority of people that moves toward greater Liberty are great for society. I will support changes to the War on Drugs to reduce the impact that drugs have on our society. Much of the impact is the crime related to the drugs being illegal and people being pulled out of society to serve time in prison. I would like to have net savings in our budget by having drug rehabilitation program versus jail time, and would work to get such changes passed into law and implemented. Police could then focus more on protecting the people versus attacking them.” Andrew Hunt

Industrial hemp could be an “economically viable alternative crop” for United States farmers, according to a white paper published by the Congressional Research Service this summer. The CRS is the nonpartisan research arm of the United States Congress.

In the July 2013 report, entitled “Hemp as an Agricultural Commodity,” the CRS acknowledges that the hemp plant is “genetically different” from cultivated cannabis and boasts that its components may be utilized in the production of thousands of products, including paper, carpeting, home furnishing, construction and insulation materials, auto parts, animal bedding, body care products and nutritional supplements.

The report concludes: “[T]he US market for hemp-based products has a highly dedicated and growing demand base, as indicated by recent US market and import data for hemp products and ingredients, as well as market trends for some natural foods and body care products. Given the existence of these small-scale, but profitable, niche markets for a wide array of industrial and consumer products, commercial hemp industry in the United States could provide opportunities as an economically viable alternative crop for some US growers.”