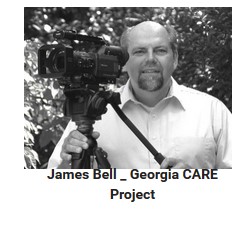 Should marijuana be legalized?

This shift in attitude toward cannabis comes after twenty states and the District of Columbia enacted medical marijuana laws and Colorado and Washington voted to legalize.

But what about Georgia? Will Georgia follow suit and reform its harsh laws? Georgia activists say yes, but it will take considerable work to educate the legislature and motivate the public to get more involved. One thing is certain, the movement to reform these laws in Georgia is growing. The legislature will address this issue at some point.

The General Assembly did address the medical marijuana issue in the past. In 1980 Georgia was one of the first states to pass a medical marijuana research act. The law allowed the use of marijuana for cancer therapy and glaucoma. But smoking the federal government’s harsh “ditch weed” was intolerable for many and the pharmaceutical form of THC was more palatable. The program is no longer active. Georgia has lost more than 30 years of medical research and we could have been a pioneer in cannabis therapeutics.

A major factor in the increase in public support for cannabis was the documentary “Weed” by the renowned surgeon Dr. Sanjay Gupta. This ground breaking exposé opened the eyes and hearts of millions of viewers to the miracle medicine called cannabis.

On the criminal justice front Georgia has enacted certain law reform measures in an attempt to reduce the number of non-violent offenders in the prison system but has ignored the issue of marijuana laws reform.

Georgia has some of the most Draconian marijuana laws in the nation with penalties up to ten year in prison for more than one ounce. With nearly 30,000 arrests each year the harm done to our citizens by these laws far exceed any real or perceived harm cause by marijuana.

It’s time Georgia treats marijuana more like wine than plutonium. Not only is marijuana prohibition a civil rights issue, it’s also a money issue – tax dollars. The money we spend on arrest, prosecution and incarceration for a commodity that is known to be far safer than alcohol and tobacco, is money that could be redirected to prevent and enforce real crimes against people.

As an activist I am encouraged by the support I am seeing from the public and even legislators are educating themselves about the topic and are seeking alternative policies.

We can kick start the process by having compassion for the seriously ill and allow them access to a relatively safe medicine that has proven to offer relief from suffering. With the legal states engaged in cannabis therapeutics and research, we have just begun to understand what this plant has to offer.

We have drafted legislation and are seeking support. We encourage the citizens to contact their legislator and begin a dialog on this issue.

With marijuana, Georgia should apply its motto – “Wisdom – Justice – Moderation”.