The committee voted to move the bill forward to the House Judiciary Non-Civil Committee for further consideration.

HB-65 expands the current law (HB-1) by adding additional medical conditions for which cannabis oil (CBD/THC) can be used and for other purposes.

State Rep. Allen Peake, R-Macon, chairs the working group and wrote House Bill 65, which will be the vehicle for their recommendations.

“I thought today was very productive,” said Peake, after the meeting. The working group is a special committee formed this year to work on the complexities of getting a substance to Georgians that’s prohibited under federal law. The roughly 1,200 Georgians on the state medical cannabis registry for diagnoses like severe seizure disorders can posses a liquid made from medical cannabis, though there is no legal way to obtain it. The working group also recommended that people with medical cannabis cards from other states should be allowed to posses that liquid. 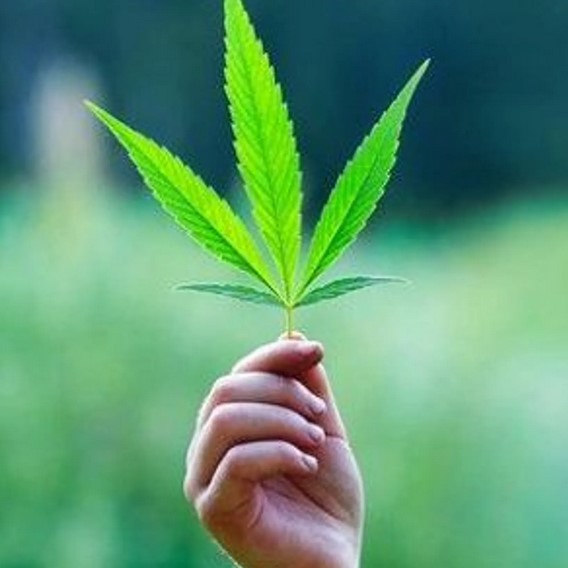 This week (1/1/2017) Georgia Senator Harold V. Jones II of Augusta filed a “marijuana harm reduction” bill in the state Senate (Georgia SB 105) that moves the felony amount from one ounce to two ounces and allows for a $300 fine only for a half ounce or less. This bill also address court jurisdiction in handling marijuana cases.

Georgia CARE Project director James Bell said they have been working with Sen. Jones on this bill and view it as a harm reduction bill that will lessen the negative impact that current marijuana laws have on the citizens of Georgia.

According to Bell, this bill does no advance decriminalization or legalization but will have a major impact on how the courts deal with marijuana prohibition. The bill is viewed as a measure that could realistically pass, as it is in line with Gov. Deal’s criminal justice reform initiatives.

“By moving the felony amount from one ounce to two ounces, we prevent thousands of Georgians from becoming felons,” Bell said. “Allowing for a $300 fine for small amounts will eliminate the risk of prison time for many more citizens.”

Georgia SB 105 is a step in the right direction for marijuana law reform as public opinion has shifted to a more tolerable view of the prohibited plant.

Our Position: Georgia CARE Project supports the legalization of cannabis but also supports any measure to reduce the harm caused by prohibition. Cannabis should not be a crime and citizens should have the right to possess and consume cannabis responsibly. 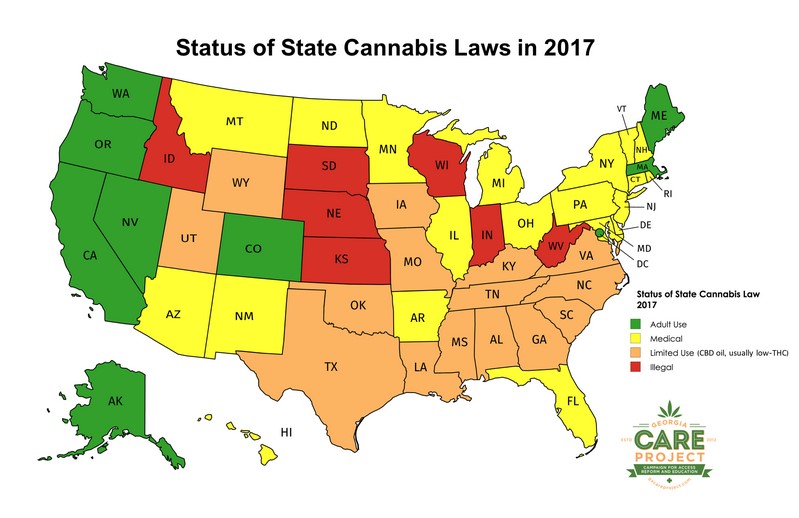 We noticed a lot of the state by state maps were out of date after the November election, so we went ahead and built this 2017 Map of US State Cannabis Laws with the most up to date reflection of state cannabis laws across the nation.

Adult Use refers to states in which cannabis is fully legal for adults over the age of 21. Particular conditions of their laws vary.

Medical refers to states in which full-plant medical use is legal. It requires a prescription from a doctor and states have different lists of approved medical conditions.

Limited refers to states that allow use of cannabis oil for medical reasons. The conditions vary from state to state, along with restrictions on the type of oil. Most are high-CBD, low-THC oil.

Illegal refers to states that completely prohibit the consumption