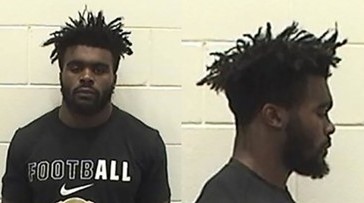 The news spread quickly on social and news media.

On Tuesday, March 21st, the Public Safety Committee held a work session for input on an ordinance proposed by council member Kwanza Hall concerning the city’s marijuana possession ordinance. Committee Room 1 was filled with citizens and activists interested in witnessing the legislative process.

Committee Chairman Andre Dickens called on several speakers from the community and government to share their thoughts on the proposal.

The ordinance would amend a current ordinance that defines punishment for the possession of one ounce or less of cannabis. Currently, the city ordinance allows for up to $1000 fine and 6 month confinement, the maximum punishment allowed in municipal courts. State courts can sentence up to 12 months confinement and a $1000 fine. Either violation is considered a misdemeanor, resulting in an arrest and conviction record.

Under the new proposal, the offense will not be treated as a misdemeanor and would only be subject to a fine of $75 with no arrest, incarceration, or criminal record.

Some of those participating in the hearing include Clarkston Mayor Ted Terry, Attorney Mawuli Davis, Rev. Bob Thompson of Compassionate Atlanta, Dr. Camara Jones, past President of the American Public Health Association and Atlanta appointee to the Dekalb Board of Public Health. Also in attendance were cannabis activists James Bell of Georgia CARE Project, Sharon Ravert of Peachtree NORML, Paul Cornwell of CAMP, Ted Metz, Tracy Manning, Dean Sines, and others who spoke in favor during the public comment portion of the meeting.

The committee also heard from various department heads including the police department.

After the testimony, Chairman Dickens said he was ready to take a vote at the next meeting.

Atlanta is the second city in the past 12 months to consider the ordinance change. Clarkston GA made headlines news in 2016 by enacting a similar ordinance.

Just last week the city of Temple, west of Atlanta, announced they too will hold public meetings on their marijuana ordinance. Announcements of the meeting dates will be published soon.

Georgia CARE Project launched the “City by City” initiative last year to educate activists and city councils about the ability of cities to enact such codes.

We believe as more cities pass local codes eliminating jail time and criminal records, the state legislature will get the message that the citizens of Georgia no longer want to incarcerate its citizens and treat them as criminals for possession of personal use amounts. In the meantime, the residents of these cities will be safe from excessive fines, arrest, and criminal records that affect their livelihoods.

Senate Bill 105 introduced this session by Sen. Harold Jones II of Augusta, would move felony amounts from more than 1 ounce to 2 ounces and no jail time for ½ ounce or less. The bill passed out of committee by a 7-2 vote but stalled in the Rules Committee. The bill will be active for the 2018 legislative session.