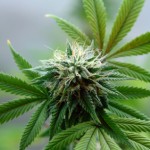 There’s more evidence that marijuana does not, in fact, lead to harder drug use.

The study has several implications for states that are considering whether to legalize marijuana for recreational or medical purposes. For one, it suggests relaxed marijuana laws can lead to more regular marijuana use, although not among teenagers. But the study also indicates that marijuana use might not be as dangerous as some critics of the drug fear. “Marijuana is a popular issue around the country right now, and we are here to basically bring public attention to the fact that we are not criminals and people who use marijuana are no more criminal than a person who drinks wine,” said James Bell, director of the Georgia Campaign for Access Reform and Education Project.

The rally was facilitated by the Georgia CARE Project.

Bell said he expected up to 50 people, from different areas of Georgia and other states, to attend the event.

“Public sentiment has changed,” he said. “We believe there is support on our side, and we want to convince our lawmakers that we have got to change these laws.”