“I’ve been asked, and I honestly do not believe that legalizing drugs is the answer,” the president told a large gathering of young Mexicans at the city’s Anthropology Museum.

Polls show that more and more Americans favor ending the federal ban on pot. A handful of states in the U.S. have lifted legal restrictions on the drug in recent years — including Colorado and Washington — putting Obama in an awkward place. A pot smoker in his younger days, he must decide whether to instruct his Department of Justice to challenge those state laws, or to simply let them be.

The president likely felt it necessary to touch on drugs in his speech today since marijuana is a chief import from Mexico to the United States. It is also largely to blame for the rising swell of cartel violence that has killed thousands in Mexico over the years, and has occasionally spilled over into the southern U.S.

Obama said that his administration must focus on an all-encompassing strategy to deal with drug users at home, as well as figure out a way to reduce demand for drugs.

“We understand that much of the root cause of violence that’s been happening here in Mexico, for which many so Mexicans have suffered, is the demand for illegal drugs in the United States. And so we’ve got to continue to make progress on that front.”

He added that fixing the problem will require “a comprehensive approach — not just law enforcement, but education and prevention and treatment.”

Those words reflect the latest plan put forth by Obama’s Office of National Drug Control Policy, which essentially considers recreational drug use to be a public health issue. Rather than advocating for reforming drug users through jails and prisons, the plan calls for blending strong prevention techniques with effective rehabilitation programs in order to curb future drug use.

The Obama administration’s strategy, though, is somewhat controversial since it technically defines regular pot users as people with brain diseases — addiction, the administration says, is a brain disease. Scores of marijuana defenders, however, say that there is no proof that the drug is addictive. 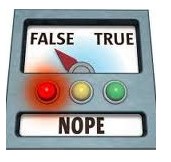 In March the Atlanta Journal & Constitution (AJC) PolitiFact Georgia took on a statement by Georgia CARE director James Bell. The “Truth-O-Meter” ruled that his statement that “about 100 people” are arrested in Georgia everyday was false. Based on some research, PolitiFact found the statement to be “Mostly False” and that 81.5 arrest each day was a better number.

With that in mind James Bell set out to look at statements made in the AJC concerning marijuana – particularly “fake pot” also know as “Spice” and “K2”.

On a front page story “Synthetic pot still on market” (Aug. 10, 2012 side bar) AJC reported that the designer drug was made by spraying a plant material with chemicals containing THC, an active compound in cannabis.

Bell challenged the AJC on the statement and asked for a retraction and correction of the statement. After a series of email exchanges the AJC did in fact correct the statement on April 4, 2013 –

“A front-page article about synthetic marijuana in the Aug. 10, 2012, edition should have stated that it is a designer drug made by spraying chemicals that mimic the effects of THC (tetrahydrocannabinol), the chemical compound in marijuana that has psychoactive effects. If you have a question or comment about articles or photos published in the AJC, contact the newsroom at 404-526-7003 or email newstips@ajc.com.”

Bell said if the AJC is going to trivialize the arrest of nearly 30,000 people each year in Georgia, it was fair to challenge them on this false statement.

“The designer drug being called “synthetic pot” is not cannabis and is not a natural substance, False statements associating cannabis with this product piles on more negative connotations on a plant that has been deemed to be one of the safest therapeutically active substances know to man”, Bell said.

Bell is concerned that when the public is given false information that associates cannabis with a synthetic substance that has caused harmful effects on users and negative news stories worldwide, the public will assume the same harmful effects apply to natural cannabis. “This is not true”, Bell said.

“The DEA’s Administrative Law Judge, Francis Young concluded: “In strict medical terms marijuana is far safer than many foods we commonly consume. For example, eating 10 raw potatoes can result in a toxic response. By comparison, it is physically impossible to eat enough marijuana to induce death. Marijuana in its natural form is one of the safest therapeutically active substances known to man. By any measure of rational analysis marijuana can be safely used within the supervised routine of medical care.” 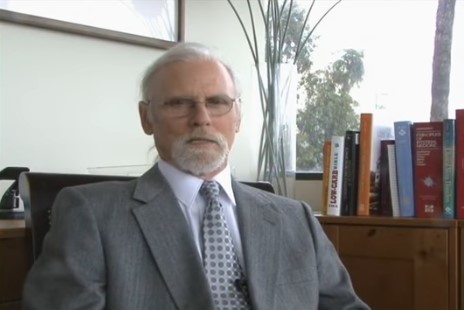