Wednesday August 7th, Georgia CARE director James Bell is scheduled to be interviewed by WABE / 90.1 FM about the campaign to be aired at a later date. 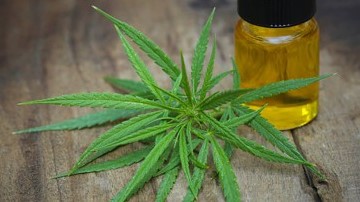 ATLANTA – Mona Taft listened in horror as her songwriter husband, Harris, wearily announced that he no longer would take the chemotherapy treatments he needed to postpone death by cancer.
No longer could he stand to retch and vomit for five to 10 hours after each treatment. No longer could he take the pain.
“He couldn’t sleep. The treatment was making him weaker than the disease. He was tired of the fight, tired of the agony. He just wanted to quit,” said Mona Taft, her voice and hands trembling at the memory.
Then one day a sympathetic nurse took Harris Taft, 32, aside, “I’ve heard marijuana helps fight the nausea,” she said, “We can’t prescribe it. We can’t even suggest it. But if I were you, I’d sure get me some.”
“Harris said, ‘What the hell, I’ll try it”, Mona Taft recalled.
Neither Mona nor Harris smoked marijuana. They called a friend who did. That night, after one joint, Harris Taft slept soundly. It was his first full night’s sleep in six months. A few days later, in June 1979, he died. But he made his weeping wife promise to tell others how much peace marijuana had brought him.
Mona Taft went to the capitol in Georgia, one of the most conservative states in the South, and began to lobby legislators for a bill that would make it legal for cancer victims to use marijuana.
“Eight months ago,” she said, “they told me I was crazy. They said it couldn’t be done in one year – not in Georgia, where everybody is up in arms about all the dope coming up from Florida. One senator said, ‘God, you’re trying to get it out on the streets? This is an election year.’
On Tuesday, the Georgia Senate passed Mona Taft’s bill. The vote was 50-0. Last week the House passed it, 158-6. Gov. George Busbee has promised to sign it into law.
After the votes were counted, Sen. Paul C. Broun, D. – Athens, hugged Mona Taft. They wept, “You know,” said Broun, “my wife just died of cancer.”
That such a law could be passed on the first try in Georgia, legislators agreed, was a testament to the perseverance and determination of Mona Taft, who lobbied more than half the members of the Legislature for up to an hour each, beginning the day after her husband’s death.
“That woman is a tiger,” Gov. Busbee told aides after Mrs. Taft visited his office early in the session.
But if the new law is a testament to the power of a determined lobbyist, it also is evidence of increasing realization in southern medical and political circles that marijuana can be an important tool in the battle against cancer and glaucoma.
In the past three years, 17 states have passed legislation making marijuana or its active ingredient, THC, available to terminal cancer victims. Of those, seven – including Florida – are in the South. Mississippi, Tennessee and South Carolina are considering similar laws.
Yet only four states, New Mexico, Washington, Illinois and Louisiana, have been able to implement their laws and actually make the marijuana available to cancer patients under less stringent rules than the U.S. Food and Drug Administration uses to run its federal program.
Cancer specialists say that the FDA requires “a lot of red tape and a lot of rigamarole” before it will allow a doctor to provide marijuana to his patients.
The FDA also must approve programs, such as Georgia’s, proposed by states. And it has taken its time in doing so.
Florida, for example, adopted its law two years ago. Its sponsor, Rep. Lee Moffitt, D – Tampa, said recently that he expects the Florida program to b approved soon.
Cancer specialists in the Atlanta area say that as more states approve the use of marijuana for therapeutic uses, the political pressure on the FDA will be so great that it will have to ease its restrictions.
The Georgia law calls for doctors to prescribe marijuana grown on a government research farm at the University of Mississippi. Before a doctor could prescribe it, he would have to have a state board of physicians certify that his patient needed the marijuana to relieve nausea caused by chemotherapy.
Sponsors of the Georgia law are confident they can get quick FDA approval because they have patterned their law after the one in New Mexico, the first state to win approval of a state program.
Georgia legislators were quick to warn that Tuesday’s vote is no indication that the state is moving closer to legalization of marijuana for the general public. In fact, it just recently passed a law mandating stiff sentences for drug pushers.
“Mona Taft’s bill whipped through so easily because cancer has touched so many people in this Legislature, just like it has touched so many people everywhere,” said one senator. “Look around you and you’ll find that almost everybody has had a case of cancer in his family.”
Rep. Virlyn Smith, R – Fairburn, was the House sponsor of Mrs. Taft’s bill. He has lung cancer. He sat in the House cloakroom recently telling Mona how he had given a recipe for marijuana-laced chocolate chip cookies to a constituent who is taking chemotherapy.
“After I found I had cancer,” Smith said, “I got a call from a 52-year-old constituent who has been on chemotherapy quite a while. Someone had told her marijuana might ease her problem. After she had lost down to 90 pounds and was weak as a baby, she was at the end of her rope. She made it into brownies because she couldn’t smoke it. The nausea went away and she was able to live almost normally.
“She wanted to let me know marijuana would help me if I had to take chemotherapy.”
“It just eats me up inside,” said Mona Taft. “If this bill had passed a few years ago, my husband wouldn’t have had to suffer so. At least it will help other people so they won’t have to die in agony.”